Yes, This is Tough. So What Will YOU DO About It? 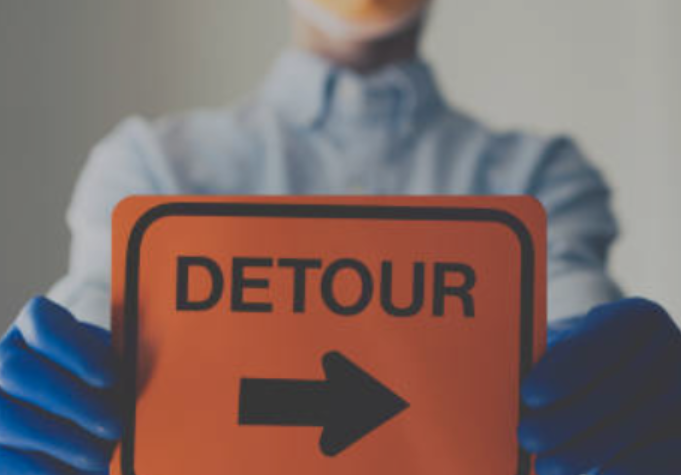 As of this writing, we’re slowly coming out of the twilight zone of a once-in-a-century virus pandemic and global shutdown. Of course this is frustrating and frightening. But there are valuable lessons and insights from such experiences if we discipline ourselves to see them. This can be a time of great opportunity for growth. But we have to get our head right to make sure we’re seeing the troubles we face realistically and not through the lens of our natural emotional responses. Two key thoughts that can help us focus:

“The facts are always friendly” – psychologist Carl Rogers, a founder of psychotherapy research.

“God, grant me the serenity to accept the things I cannot change, the courage to change the things I can, and wisdom to know the difference.” – The Serenity Prayer, emphasized in recovery organizations like AA, authored by theologian Reinhold Niebuhr.

We’re psychologists who help clients select the right people for the right jobs, and who help people reach their developmental potential on the job. Under that umbrella, we do a lot of executive coaching and leadership team development. This process frequently involves helping people learn to achieve a more effective balance between their natural human instincts (that have been honed over the eons to have great survival value in dangerous situations, but can be a hindrance in the business world), and their powers of objective observation and rational analysis to come up with workable solutions to some of the problems they face.

In the more clinical end of our profession, there is a very effective treatment protocol broadly referred to as Cognitive Behavioral Therapy, or CBT, that involves changing behavior through changing perceptions. In short, it helps people improve their lives by changing the way they think. Where the mind goes, the emotions will follow.

But how do you learn to deal with bad things that aren’t your fault? The conditions that seem to conspire against you are not always under your control. But the way you respond to them is. Viktor Frankl was a German neuroscientist and psychiatrist who was sent to the Auschwitz concentration camp in WWII. In spite of his dire circumstances, he became intrigued by the puzzle of what made some people resilient and what caused others to succumb. In the camps, the Nazis literally exercised life-or-death power. Many people simply gave up and died. But some, including Frankl, were able to survive their death camp ordeals. His insight was that, although people were deprived of choice in all other aspects of their lives, those who retained the human dignity of choosing how to respond were more likely to survive. Those who gave up and acted as if they had no control, no choices, were more likely to die.

This was also shown to be true in later research on learned helplessness conducted by Martin Seligman, one of the primary developers of the field of Positive Psychology. When dogs in closed cages were subjected to mild electric shocks over time, they eventually gave up and stopped trying to escape. Even when the doors to their cages were left open, they would lie down and passively accept the shock rather than trying to get out. They were not helpless, but they perceived themselves to be.

The clear lesson from all this is that we always have the choice of how we respond to a situation, and that’s what allows us to transcend even the worst of circumstances. You may not control the hand you’re dealt, but you can control how you play it. Frankl’s book Man’s Search for Meaning describes the experiences that helped him to develop these insights. Surprisingly, it’s not a downer to read. In fact, it’s amazingly upbeat and encouraging.

Fortunately, most of us will never have to endure such traumatic experiences. But we still worry about bad things. It’s our nature and it has survival value. However, we can transcend our nature by shifting our frame of reference, realizing that we in fact do have more control than we think, and changing the way we act. If the dogs in the learned helplessness experiments could only realize that the cage door was open, they could escape the shock. But they didn’t have that frame of reference. Similarly, when we change how we think (often leading to the realization that we in fact do have options), we’re preparing to change how we respond and behave. And changes in behavior are the tools that enable us to make things better. We can choose to see things differently and we can consequently choose to act differently. But it takes awareness of choices and the courage to act in a different way.

For instance, Ryan Holiday, in his book The Obstacle is the Way    notes that many of our most successful corporations (Hewlett-Packard, UPS, P&G, GM, LinkedIn, United Airlines and Coors, to name just a few) were founded in the midst of unprecedented hard times of panic, depression, recession and the aftermath of 9/11. The founders didn’t lose focus in the midst of the troubles of the day. They kept plugging and did what had to be done in the moment. They took action, rather than passively accepting the fact that there were obstacles in front of them.

How do we begin? If you’re in a bad situation, start with a question: “Am I seeing this thing realistically?” To answer that, you need to be sure you aren’t assuming your perceptions of the event reflect the reality of the event. Perceptions are our filter. They often don’t show us objective reality. Events are events, nothing more. It’s our interpretation of the event that upsets us. Sure, some events will have negative consequences for us and others, but Holiday effectively makes the stoic philosophy case that obstacles are the gifts along the way to help us achieve our goals. When we learn to accept that we have more control and more choices than we initially think, and when we start to see problems as opportunities, we find more effective ways to get through or around them. We’re always caught between the way we wish things were, and the way they are. That’s how we’re wired. But we also have the cognitive ability to do something about it.

It’s alright to feel bad about bad things. Acknowledge your emotions. But if you’re dwelling too long on thoughts like “I don’t deserve this”, “this shouldn’t be this way”, or “why is this bad thing happening to me”, you’re wasting valuable time and energy you could use to start solving the problem and getting past the obstacle. Accept your anger, fear and anxiety. Then get over it and get on with your work to make things better.

The next question is “What am I going to do to make things better?” This can show you alternatives you haven’t thought about, and may help you determine different ways of acting in response. You may not have caused your situation, but you always have the choice about how to respond to it. You have more control than you realize. Sure, it sounds simplistic. But sometimes the simple solutions are the best. But they’re not always the easiest. The most effective response to bad situations is rational action. When we’re dealing with problems, even those not of our making, we need to keep moving and not get stuck in a passive role of acceptance. As Churchill said, “When you’re going through hell, keep on going.” Lemons to lemonade.

Yes, bad things happen to good people. Whether one believes in an afterlife or not, it’s a certainty that we won’t make it out of this one alive. We know how this movie ends for all of us. But we can choose how to live our lives until then. Why not choose to do what you can to make things better when you can, and to enjoy the good things you find along the way?

Don’t be just a passenger. And don’t assume that just because you’ve decided to make lemonade out of the crappy lemons you’ve been given that things will always work out. You may succeed or not. But if you don’t try, you surely won’t. Expect new problems and think about Plans B, C, D…and so on. Perceive accurately, act rationally, expect to fail along the way, and greet the new obstacles you will inevitably face as friends to show you the right path. Nobody succeeds without encountering obstacles and resistance along the way. How we deal with the bad stuff determines where we end up.

What will you do to take advantage of the opportunities embedded in the mess that was not your fault? You are in control of much more of your life and destiny than you probably think.

Get on with it. Keep moving.

Take eTest for a Spin